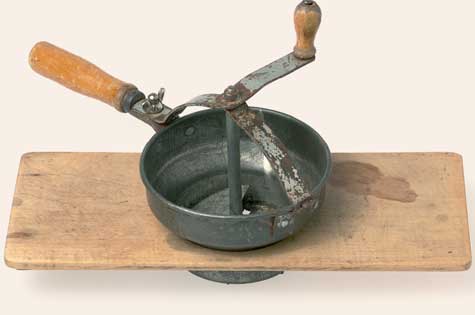 Spaetzle tools and the history of the spool

Historians say that Spätzle were first mentioned in a document in 1725. However, this does not mean anything, because spottings, historically speaking, much more often constitute the firm foundation of the Black kitchen. This is evidenced by mediaeval paintings depicting Swabians with a spiked board. At that time, the time was hard and heavy for the population. The Swabians used to go to the poorhouse of Europe for a long time and, as is well known, even sent their children to work over the Alps in Italy in the summer.
Baden-Württemberg's historians report on black knights who are leaving Emperor Barbarossa followed into the Holy Land with his sword and spiked board. Even then, it was probably impossible without having the most important cooking utensils to move into the foreign. And even in the Russian campaign in 1821, the Wuerttemberg regiments did not want to give up their beloved Spätzle. Ergo they took with them everything that was wrong.

One historian reports that the word cookie means that when cooked, the cook holds the dough like a sparrow in his hand, before using the other hand and a small spoonful small pieces of dough (ie small sparrows = spätzle) and then pour into the boiling water. Other historians represent another theory. Thus, the word origin in the Italian word & quot; speczato & quot ;, which & quot; tilts & quot; means. 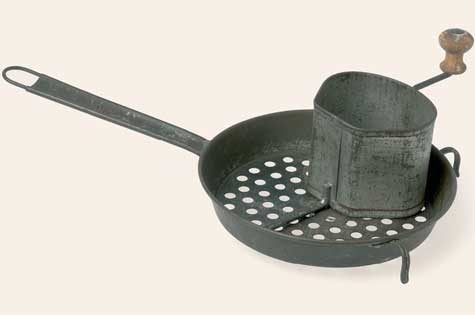 Today's appliances are not that bad anymore, but a hanger with sputtering insert comes very close to this hauling machine. But I have to admit the principle of pushing the meat through a perforated sieve into the hot water is not the worst. But when I see such sounds, I already understand why the spaghetti and not the spätzles spread all over the world.
The worst thing about sparkling cooking was, just like today, the cleaning of the bathroom. tzlewerkzeuge. Even today, after just a short time, sputtering presses and planers often do not look good and hygienic anymore.

This device is probably modeled on the Passiermuehle with a Spartan insert.

You can also make charms with it, the Passiermuehle is known for making a lottery as a fleet lotte. I've heard of a few women who use them, but I can not really imagine if that is particularly easy and productive and about the cleaning I would not even think. But if you already have Lotte's fleet at home try it.
But better you look at such equipment in the museum and use the magic miracle. *** Because scraping yourself should be SIMPLE *** 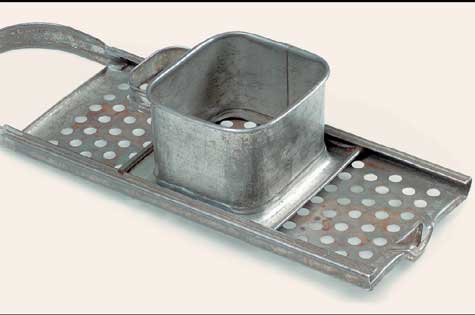 Almost as much as this 1930's planing robe looks like today's new state-of-the-art planing robots, many of which are now obviously made of plastic or very expensive and exclusively made of stainless steel, but the principle is still the same. It is understandable that many hobby cooks gave up after first use and that in the future Spätzle Machen left the Swabians behind.

Yes, and then there is the Spaetzle Hex

You have to imagine them as a raw food grater. The container is screwed to the pot and the dough is filled in there. With a crank, the rubbing device is driven. In the past, the device was demonstrated at fairs, who knows, it is also practical if you really have to cook many spaetzle, for example, in the catering trade and the dough container is quite large. Whether it is profitable to screw on a pot and then clean it up for a lunch for 4 to 5 people you have to decide for yourself. 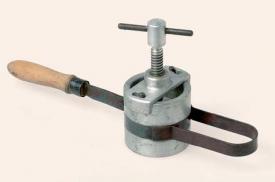 Spaetzle press with screw spindle around 1940/1950

Such torture devices are probably still rare in the kitchen but the new modern spaetzle presses still work on the same principle, the spaetzle dough is pressed through the holes with brute force. The dough must be very firm otherwise it will come out everywhere, but because it is solid you need a lot of power to push it through. 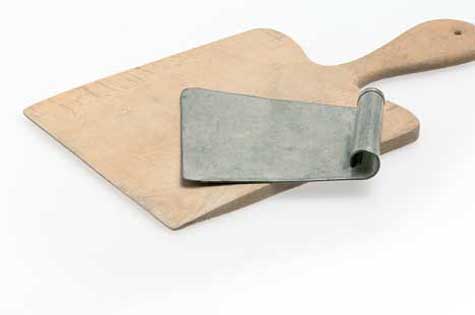 Another great method, the hand scraping. Now I'm honest, the Spätzle cockroaches by hand is an old "Swabian tradition" and I think it's nice that there are still many Swabians who master this. And so it should stay. The dough is spread with the scraper only very fine on the wooden board and then scraped in thin strips into the boiling water. There are specialists who can do it very fast. If you have never tried it, just listen. Allow plenty of time, which will be needed to clean up the kitchen afterwards.

Previously housewives scraped the spit of meat from the wet wooden board into the boiling water with a knife. Then came the spatula, and to this day kitchens and housewives are making life much easier. Around Stuttgart, the housewives prefer to pick up the bulky spatula press for the extra-long Sunday sweets. All three cooking utensils have their advantages and disadvantages, as can be read here:

It is thanks to the ingenious and ingenious inventiveness that today no one has to bother anymore with a knife, planer or press. Finally, you can use our ingenious spike board to scrape short knobs as well as long scrapers. Spaetzle are available in so many variations, whether you prefer " Swabian Cheese spatzle" or "< a title = "Swabian cheesespaetzle" href = "en/original-allgaeuer-kaesespaetzle"> Original Allgäu Käsespätzle "is up to you. You can also opt for the vegan version of cookie pie . gluten-free candies are also no problem. Of course, you can also meaty also with spinach, passed tomato , fresh herbs or spicy chillies and get "Swabian Pasta" to their well-deserved new name. Are not Spätzle the better pasta?

Luckily, today there is the magic miracle. Choose a color and in just a few days you can quickly and easily scrape your sponge yourself.